Rapper and model, Iggy Azalea has released her first track as an independent artist and she did not come to play. ’Sally Walker’  –  shot in Atlanta and directed by Colin Tilley – is an A1 banger. In the visual Iggy comes to slay at, of all places, a funeral. It’s a sad but stylish event especially since the mourners included RuPaul’s Drag Race contestants ea Couleé, Mayhem Miller, and Miss Vanjie, as well as beauty guru James Charles. Can you get more fabulous?  At the end of the video, a preview of ‘Started’ is previewed “I started from the bottom and now I’m rich … You started out hating, now you love my drip.”

“Sally Walker” is the lead single off Iggy’s forthcoming album, In My Defense, which will mark her first release under her joint venture with Empire. In January, she hyped up the project by tweeting, “I’m really proud of my album. It shits on 95% of everything I’ve ever made & its only half done.” She added, “#InMyDefense really is that album that’s gonna make you wanna say fuck you to your own reflection for ever doubting you.”

Fuck.
I’m really proud of my album.
It shits on 95% of everything I’ve ever made & its only half done. #InMyDefense

Looking for James Charles? He’s slaying at 1:48. Watch the video above and tell us what you think. 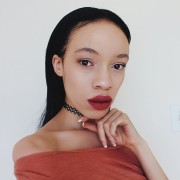